Student activists swung for the fences & won this year

Over this past academic year, students and other members of the Student Global AIDS Campaign made big waves in the fight for universal treatment access. We kicked off in July 2018 by welcoming a brand new steering committee, which included SGAC alumni for the first time ever! The new steering committee decided to swing for the fences by identifying two main campaigns with ambitious goals to focus on for the year:

Just 9 months later, the strides we’ve made on both fronts have been HUGE!

After 7 years of stagnant funding, we won a $50 million increase in funding for the U.S. President’s Emergency Plan for AIDS Relief (PEPFAR) in the approved FY 2019 budget!

Relentless activism from Student Global AIDS Campaigners targeting the Senate Appropriations Committee, especially by putting pressure on Senator Leahy in Vermont, is what made this win possible. Without increases, people with HIV in PEPFAR recipient countries are faced with the impossible task of testing and treating more people with the same amount of money. To be clear, $50 million is a drop in the bucket, and not nearly enough to close the $1 billion funding gap for global HIV/AIDS programs, but it’s a promising start. Now that we wedged the door open, we can bust it wide open in 2020, starting with presidential candidates like Senator Elizabeth Warren.

Thanks to the work of a coalition of young AIDS activists, including the Student Global AIDS Campaign, the high cost of PrEP is now front and center in the national conversation on drug pricing.

Calling PrEP access a travesty is an understatement. It costs $2,000/month in the U.S. compared to just $8/month in Australia. U.S. taxpayer money developed PrEP (not Gilead funding). It’s no surprise that HIV infection rates in the U.S. have not been decreasing nationwide.

Students organized call-ins to members of Congress and engaged with congressional offices about the high cost of PrEP to demand more congressional action and policy change on the $2,000/month price tag.

While we have yet to see the price of PrEP drop, the coalition of activists working on PrEP access have successfully...

These wins were possible because we’re growing the grassroots movement to end AIDS.

In October, SGAC gathered at American University in Washington D.C. for Fall Uprising, an immersive weekend in which students learn from experts in HIV and direct action, emphasizing the unmistakable intersection between global health and social justice. This stellar lineup of activists organized workshops and pass along their science and social justice savvy to a new generation of AIDS activists. 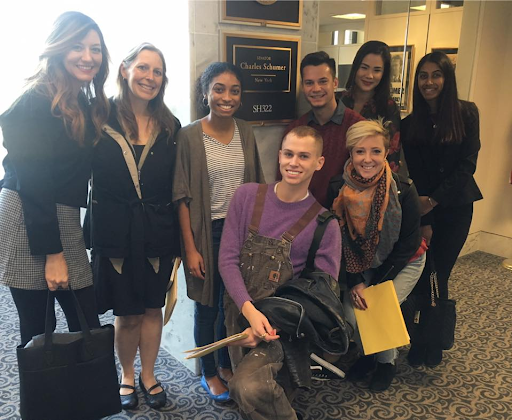 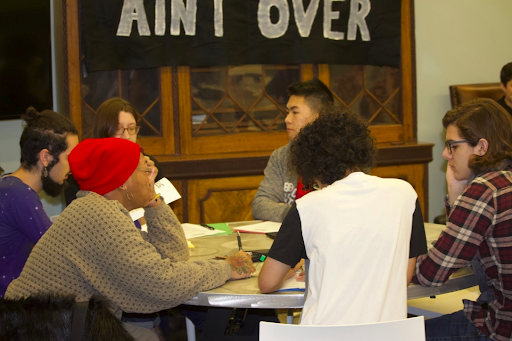 SGACers in group discussion during a workshop at Fall Uprising

Immediately following Fall Uprising, students went over to Capitol Hill to meet with Congressional offices about the critical importance of championing full funding for PEPFAR and the Global Fund. For many students, this was their first experience meeting with a congressional office. By the end of the day, students felt so confident in their campaigning skills that they went home and organized in-district legislative visits to keep the pressure on.

For two weeks in April, activists from around the world toured the U.S. with the Student Global AIDS Campaign, making stops at universities and congressional offices around the country, including on Capitol Hill in Washington, D.C., to share a simple, yet powerful truth: We Can End AIDS. It was really powerful for students to sit with these young global activists who are fighting for HIV treatment and prevention in their communities, and listen to their experience with HIV. Here is what students had to say about the tour:

“I appreciated the opportunity to hear firsthand from people who are HIV+ and to be able to better understand the physical, emotional and mental impacts this has on health and wellbeing. The strength and honesty of the speakers was inspiring, and they each served as a reminder that we can combat injustice by supporting one another and advocating for change. I expect that I will remember this speaker tour far into the future and am grateful for the opportunity to learn from this event!”

For more about the tour from the speakers’ perspective, check out this blog. 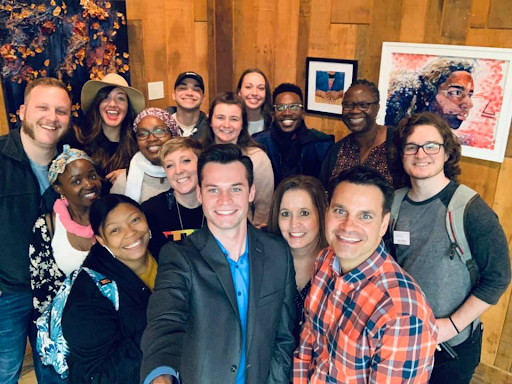 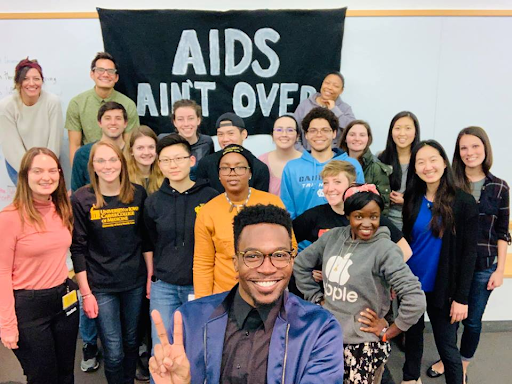 Current and future SGAC leaders in Iowa on our two We Can End AIDS Speaker Tour stops in the state!

Now, as we head into summer, we are preparing to bird-dog all the presidential candidates on the campaign trail in New Hampshire, Iowa, South Carolina, and everywhere else they appear to make sure they know global AIDS is an issue people care about and are watching.

As the national organizer of the Student Global AIDS Campaign, I am proud to know so many radical young people who are changing the world, and I believe that because of all of our work to change the system and fight for justice, we truly are the generation that will see the end of AIDS.