On Tuesday, September 17th -- the second anniversary of the Occupy Wall Street movement -- SGACers and over a thousand others took to the streets of New York City to demand a Robin Hood Tax! SGAC joined many other activist groups, including amazing student debt activists, to say that enough is enough: enough health inequity, enough economic injustice, enough corporate greed. SGAC is fired up and ready to continue fighting for a Robin Hood Tax to end AIDS. 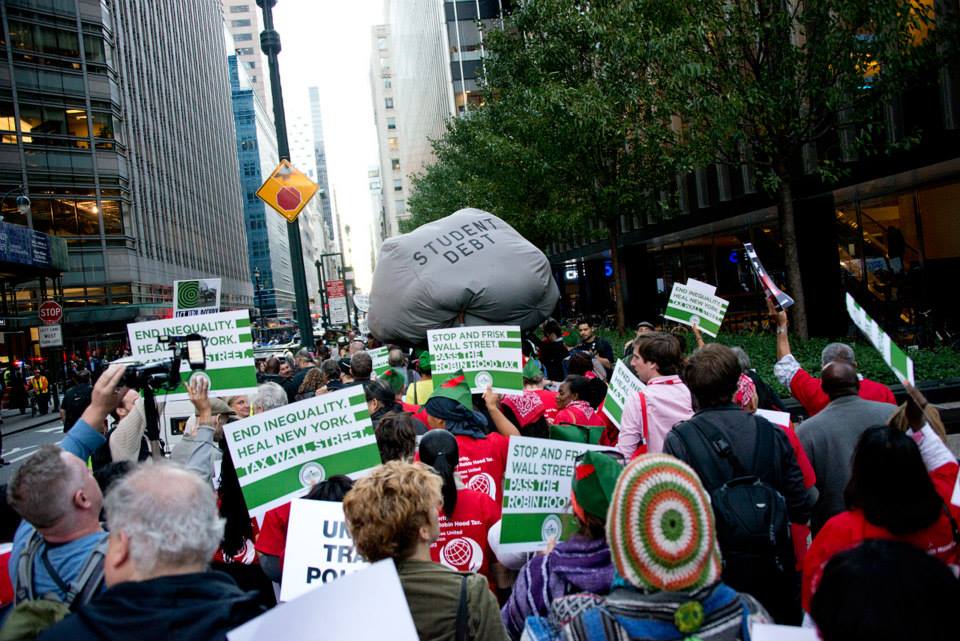 Haven't brushed up on your Robin Hood Tax facts yet? Learn more about how a tiny tax on banks could help end AIDS, fund education for all, and protect the climate!